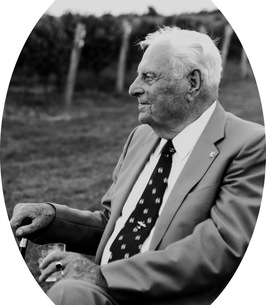 Pieter was born in Amsterdam and immigrated to Canada in 1950 with $5 in his pocket. He went from picking potatoes at age 21 in New Brunswick to running a successful construction company, Twinbee, that built much of the sewer and water main systems in Oakville and the footings of the Gardiner Expressway. In 1953, Pieter married Dolly in Bronte, Ontario where they raised their four children in a loving home. He was a proud Dutch-Canadian who flew the Canadian flag at all of his homes and was an avid Leafs and Team Canada supporter. Pieter and Dolly even flew to Russia to cheer on Team Canada in the 1972 Summit Series.

Pieter is known for his encounter with a Lancaster aircraft in Holland during WWII. While searching for food for his starving family, Pieter dropped to the ground fearing a bombing at the sound of the low flying aircraft. As the aircraft flew by, the gunner waved a white handkerchief at him and Pieter waved back. He later found out that the aircraft was part of Operation Manna’s food drop over Holland in response to the Dutch famine. Decades later, Pieter tracked down and met the crew of the Lancaster and his story has been documented in a published children’s book “A Bad Penny Always Comes Back”.

A private family service will be held to celebrate his life. In memory of his late grandson, Tyler, the family is requesting that in lieu of flowers donations be made to the Brain Tumour Foundation, 203 – 205 Horton Street East, London, Ontario, N6B 1K7 or online at braintumour.ca

Arrangements entrusted to Considerate Cremation & Burial Services, St. Catharines, 289-362-1144. Online condolences may be made at CCBSCares.ca

All rights reserved. This obituary is also archived at obittree.com