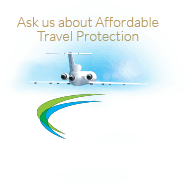 To share your memory on the wall of Theodore \"Ted\" Kotsanis, sign in using one of the following options:

It is with great sadness that we announce the passing of our loving husband, father and pappou, Theodoros (Ted) Kotsanis, on Tuesday, January 12, 2021, at the age of 78.
Beloved husband of Maria (nee ... Read More
KOTSANIS, Theodore “Ted”

It is with great sadness that we announce the passing of our loving husband, father and pappou, Theodoros (Ted) Kotsanis, on Tuesday, January 12, 2021, at the age of 78.
Beloved husband of Maria (nee Farfaras) of 49 years. Loving father to Mario (Joanne) and Matina, and proud pappou of his six grandchildren: Xristos, Alexia, Melia, Sophia, Theodoros (Theo) and Panagiotis. He will be greatly missed by his brother, sisters, nephews and nieces in Canada and Greece. Ted was predeceased by his parents, Nakos & Maria, and his siblings, Nikolitsa, Panos and Dinos.
Ted's greatest loves were his wife, children, and especially his grandchildren. He loved watching them play their sports. He touched many lives not only in the cities of Niagara Falls, St. Catharines and London but also in the towns of Niagara-on-the-Lake, Meaford, and Wingham.
Thank you to the doctors and nurses at both NHS-Niagara Falls Site and NHS-St. Catharines Site for everything that they have been doing. A private family funeral service has taken place at St. Katharine Greek Orthodox Church on Friday, January 15, 2021 followed by interment at Fairview Cemetery, Niagara Falls. In lieu of flowers, memorial donations to the St. Katharine Greek Orthodox Church in St. Catharines would be greatly appreciated. Arrangements entrusted to Considerate Cremation & Burial Services, 26 Nihan Drive, St. Catharines (between Lake Street & Scott Street), 289-362-1144. Online condolences may be made at CCBSCares.ca May his memory be eternal.
Read Less

You will receive any future notification messages.

Provide comfort for the family with a meaningful gesture of sympathy.

Show you care by sending Flowers

We encourage you to share your most beloved memories of Theodore "Ted" Kotsanis here, so that the family and other loved ones can always see it. You can upload cherished photographs, or share your favorite stories, and can even comment on those shared by others.

John and Rayanne Scholz sent flowers to the family of Theodore "Ted" Kotsanis.
Show you care by sending flowers

Posted Jan 21, 2021 at 09:16pm
Mario, Matina n' Family
In times of loss or sadness words often seem inadequate. Focusing on the person in our minds and hearts with love, offers a powerful communication beyond words.
The spiral of time has turned and your father is journeying home, wrapped in your heart's love and tender care... for all times.
May the angels of love and comfort be at your side and in the midst of your sadness, you are held in the hearts of those who love you.
May your father find love and serenity in Gods presence and may he live in our heart's with peace and priceless memories.
Comment Share
Share via:
AP

Posted Jan 16, 2021 at 10:37pm
Our most sincere and deepest condolences to the Kotsanis family. We were deeply saddened to hear about Theodoros passing. Our prayers are with all of you. May his memory be eternal.

Posted Jan 15, 2021 at 12:01pm
We would like to send our deepest condolences to the Kotsanis family. Theodore will be missed . May his soul rest in peace .

John and Rayanne Scholz purchased flowers and planted a memorial tree for the family of Theodore "Ted" Kotsanis. Send Flowers